Twenty years ago, some leading Belarusian opposition politicians disappeared without a trace. In an exclusive interview with DW, a key witness tells how he assisted a special unit in committing abduction and murder.

In early September of this year, a man named Yuri Garavski contacted DW’s Russian Service. The 41-year-old is living as an asylum-seeker in a German-speaking region in the Alps. Yuri asked us not to reveal which country he is in. He fears the long arm of the Belarusian security apparatus, his old comrades — because he is a key witness with a highly explosive story to tell.

As a conscript, Garavski was assigned to a military unit in Belarus’ capital, Minsk. In 1999, the Special Rapid Response Unit, SOBR, was recruited from its ranks. Garavski was with the SOBR right from the beginning, and was trained to fight serious offenders involved in organized crime. He described to DW how Dmitri Pavlichenko, then a lieutenant colonel and the founder of the SOBR, chose him to be part of a hand-picked group of soldiers. Their first mission, on the evening of May 7, 1999, ended in a crime.

The SOBR kidnapped Belarus’ former interior minister, Yuri Zakharenko, in the middle of Minsk. They then took him to a military training area where, according to Garavski, he was shot by Pavlichenko, the death squad’s commander. His body was then interred at a burial site at a cemetery in Minsk.

Zakharenko had dissociated himself from Belarusian President Alexander Lukashenko, and was working with other forces critical of the government to try to depose him. Lukashenko, who became president in 1994, extended his powers by holding two controversial referendums in 1996. He has ruled the country ever since, unfettered by its parliament. Belarus is regarded as Europe’s last dictatorship.

The second incident took place on September 16, 1999. The SOBR unit — again in civilian clothes — kidnapped Viktor Gonchar, the former head of the central election commission, and Anatoly Krassovsky, a businessman who supported the opposition. What happened next was previously unclear, but Garavski says both men were taken to the Begoml military base, executed in the forest and buried in graves that had been dug in advance. 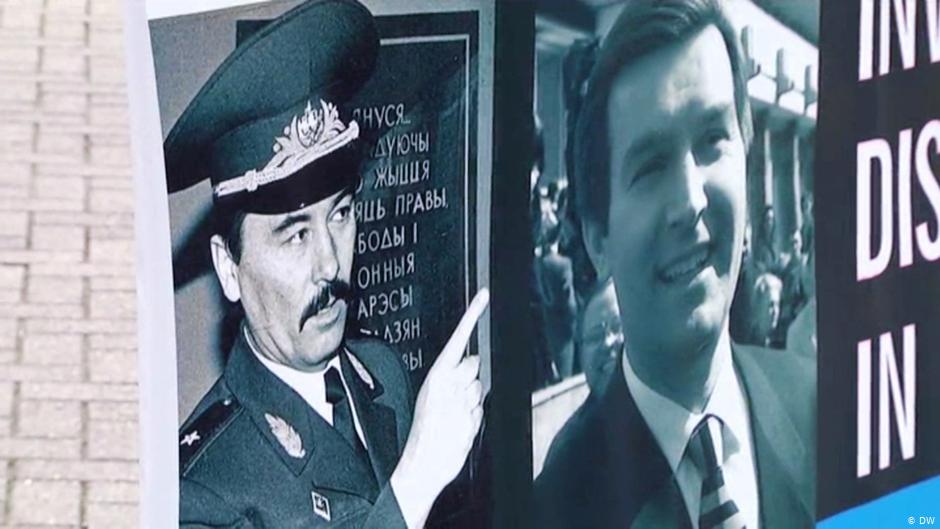 Orders to kill were only given verbally

Garavski says that the units responsible for both murders were led by the officer Pavlichenko. “There’s no written evidence, video recordings, protocols — nothing like that. It was all done verbally.” Garavski showed DW copies of documents in order to establish his personal details. The DW research team checked his information in three countries before deciding to publish his statements.

Nonetheless, questions about the key witness’ motivation do remain unanswered. Why is Yuri Garavski going public with this now? Why didn’t he confide in a media company or an international organization before? What exactly did he do between retiring from active service and fleeing to a Central European country where he applied for asylum? Garavski avoided answering some questions. What is certain is that he has detailed knowledge of the perpetrators. 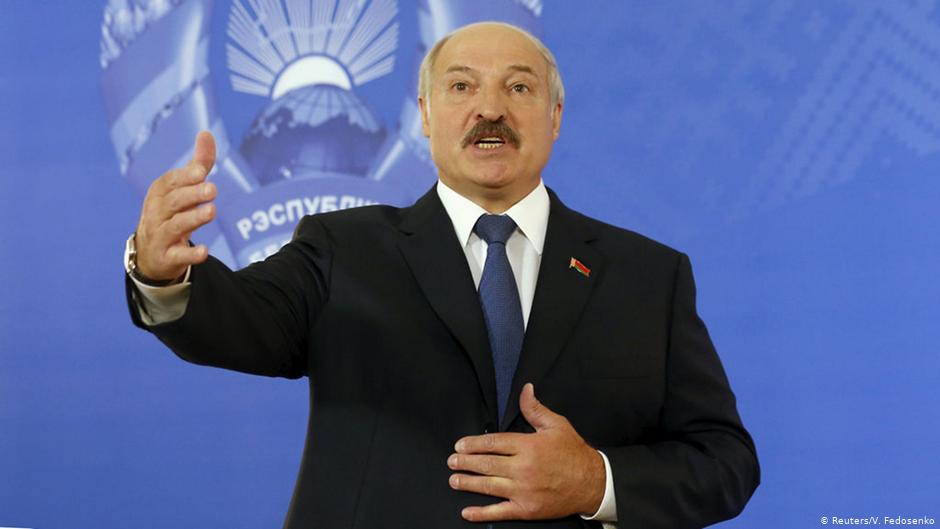 Certainly, the core of his statements fits the picture that special investigator Christos Pourgourides, acting on behalf of the Council of Europe, painted back in 2004 concerning the disappearance of the opposition politicians in Belarus. Pourgourides was a member of the body’s General Assembly, representing the Cypriot Conservatives. A trained criminal defense lawyer, he described the group within the SOBR special unit as “a death squad led by Pavlichenko” and blamed a “conspiracy” for the politicians’ disappearance.

In an interview with DW, Pourgourides goes one step further. “It’s impossible for these kidnappings and murders to have taken place without the consent — to put it carefully — of very high-ranking officials. And when I say that, my thoughts are directed at the president of Belarus,” he said. International observers and human rights organizations suspected, even at the time, that President Lukashenko was behind the disappearance of the opposition figures. Garavski said he could not give any information on the chain of command. However, he told DW that he assumed at the time that Lukashenko had played a role in the state murders. “I think he knew,” he says. 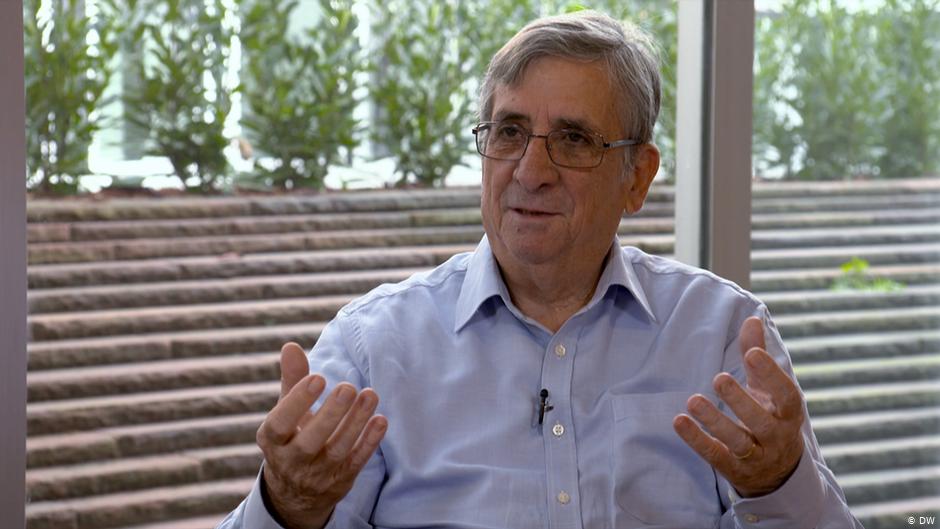 Garavski says it was only later that he felt guilt and moments of remorse. “I may have questioned it somewhere deep inside, but when a young man is given an order, he is either part of the system or he’s not. That is to say, I was aware that I had to participate, to the end.”

Through DW, Garavski wants to issue an apology to the relatives of the victims, most of whom now live in exile in the US, the Netherlands and Germany: “I offer you my sincere condolences, as I was involved in their murders.”

Jelena Zakharenko, the eldest daughter of the former interior minister, is living in exile in the Westphalian city of Münster. She heard from DW about the key witness, and the details of her father’s death. She remains skeptical about Garavski. “It can’t be that his conscience has suddenly awoken. You either have a conscience, or you have no conscience and you will never have one.” But Jelena Zakharenko also knows that “it’s not about him at all — it’s about the whole system behind him.” 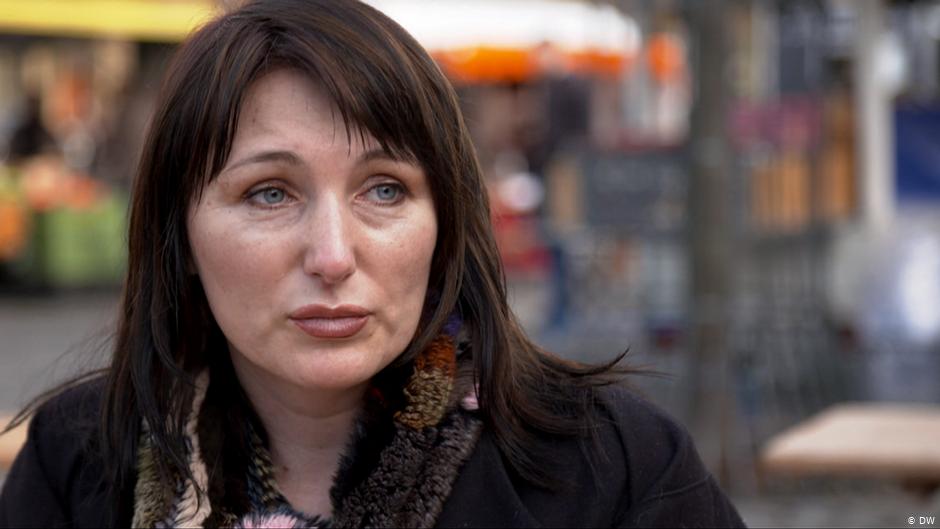 The appearance of this key witness could give fresh impetus to efforts to conduct a comprehensive investigation into these alleged state murders from 20 years ago.

Margarete Bause, a member of the Human Rights Committee of the German Bundestag, told DW: “It must not be forgotten that the serious accusations, according to which President Lukashenko was personally involved in these crimes, have still not yet been resolved. The German government and the EU must not let up in demanding clarification. They must do their utmost to ensure that those responsible are brought to justice.”