Two decades after Belarusian Interior Minister Yuri Zakharenko disappeared, his daughter has met a former agent who says he was involved in the politician’s murder. Zakharenko was never declared dead.

Pale after a sleepless night, Jelena Zakharenko stood in front of the door of a building in Zurich. Waiting for her behind the door was Yuri Garavski (above), a former member of the Belarusian Interior Ministry’s SOBR police unit. “I never thought I would meet any of the people involved in my father’s murder,” Zakharenko said softly.

In December, Garavski had told DW that in 1999 he and other agents of the SOBR had kidnapped and murdered Yuri Zakharenko, the interior minister at the time — and were also responsible for the deaths of Central Election Commission head Viktor Gonchar and the businessman Anatoly Krassovsky. All three were opponents of President Alexander Lukashenko, who still rules the country. Investigations into the cases were never concluded, and Zakharenko has not been declared dead.

After reading Garavski’s statement, Jelena Zakharenko asked to meet him. “I want to look him in the eye and feel whether he is telling the truth,” she said. Her family had feared that her father had been killed and dismembered. Zakharenko, who is 44 now, applied for asylum in Germany along with with her sister, mother and son after her father’s disappearance. They have lived here for 20 years. She said she  would seek to find out exactly what happened. “Then,” she said, “my soul will be calmed.” She said she felt that confronting Garavski would be the only way to find out the truth. “I will not appeal to his conscience,” she said. “I will not go to war against him. I know that he was caught in the vortex of the police apparatus. There was no way out for him — I’m not accusing him.”

The interior minister had noticed that he was being watched. He told his family that one day he had deliberately driven down a dead-end street, stopped, got out, walked to car behind him, opened the door, and said to the young men who had followed him: “Guys, you’re doing a bad job.”

Garavski said he had heard about the incident. The “boys” —his colleagues — spoke of it two decades years ago. 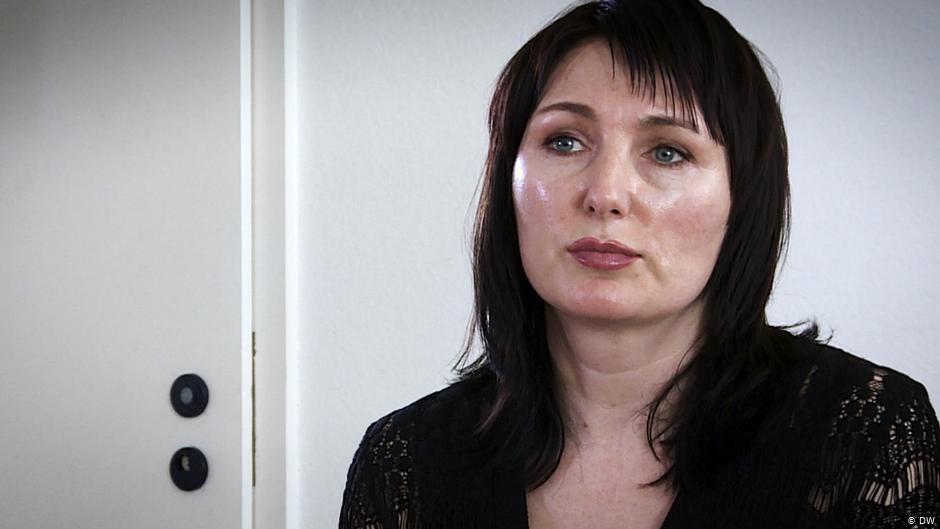 Now 41 years old, Garavski walks with a pronounced limp. He said he was happy that he can walk at all after a car accident in Minsk that he believed was staged to silence him. A hip injured in the accident was operated on in Switzerland, where he fled in late 2018 and hopes to be granted asylum. The authorities, he said, doubt his involvement in murders and are treating his story as a thriller.

Garavski was at first reluctant to meet with Jelena Zakharenko. He was afraid that she would “pounce” on him. But he changed his mind after watching a DW documentary in which Zakharenko says she does not blame Garavski but the system he had served. “I was 20 years old at the time,” he said. “I did not initiate the murder of her father.” He was just a cog in the system, he added.

The meeting took place in the offices of the daily Neue Zürcher Zeitung. Zakharenko told Garavski that she wanted to know everything about the surveillance, the kidnapping and the murder. “You were the last person to see my father,” she said. “I trust you.”

Garavski told Zakharenko that her father was grabbed, handcuffed and dragged to a car. He said no one spoke during the car ride: Only the radio was playing. Dmitri Pavlichenko, the SOBR’s founder and lieutenant colonel, ultimately fired the two bullets that killed the interior minister, he said. The body was wrapped in oilcloth, put in the trunk and taken to the crematorium. “Like Gonchar and Krasovsky, he lay face down on the ground,” he said. “They were all shot in the back.”

Read more: Minsk’s dependency on Moscow has its price

Zakharenko listened to him speak. After two hours, Garavski asked for a break and stood up with difficulty, in pain after sitting for so long. He showed Zakharenko a map: “This is the Voloshchina shooting range, this is the access road, and this is the road where your father was killed.” 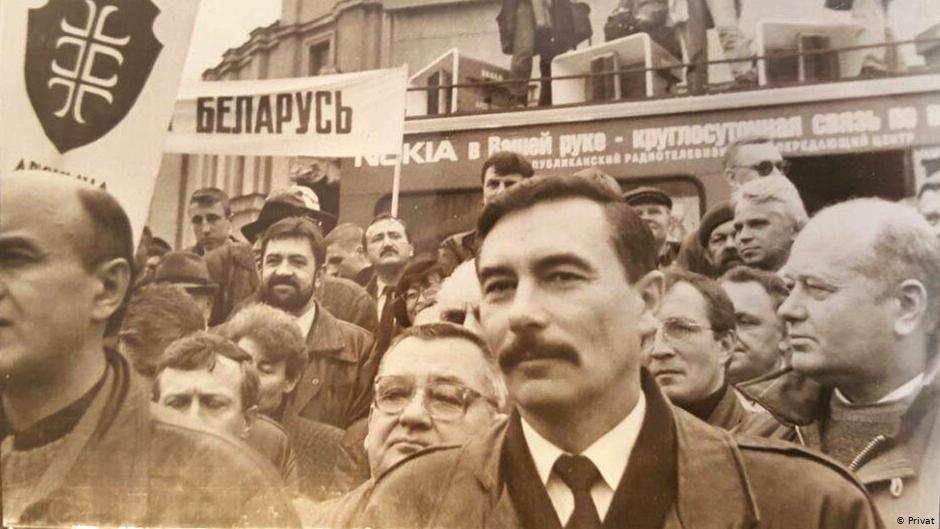 Free to ask Garavski whatever she wanted, Zakharenko said she believed that he was telling the truth. The meeting did not bring her peace of mind. The details of her father’s death filled her with deep sadness. “I looked into his eyes, and he looked into mine, and I saw boundless guilt,” Zakharenko said. She said she hoped he would testify in court.

“I realize that I am the murderer of a father, husband and son,” Garavski said, lighting a cigarette outside after the meeting. “I’m worn out and emotionally drained,” he said. He regrets that he does not remember all of the details, such as the clothes Zakharenko wore at the time.

Garavski has said he is willing to testify — and prepared to serve a prison sentence — but in no circumstances would he do so in Belarus, where he would fear for his life.