On September 16th 2018, which marked the 19th anniversary of the involuntary disappearance of Viktor Gonchar and Anatoly Krasovsky, the city of Eindhoven, Netherlands, traditionally commemorated the two men, as well as disappeared Yuri Zakharenko and Dmitry Zavadsky.

The first commemoration in Eindhoven dates back to September 16th, 2008, when cities of Eindhoven and Minsk had a twin-city connection. Back then the four Hungarian oaks were planted in the centre of Eindhoven which became the living memorial of Yuri Zakharenko, Viktor Gonchar, Anatoly Krasovsky and Dmitry Zavadsky.

The program was guided through by Arjen van Halem. The honour of the opening speech was traditionally given to the daughter of Anatoly Krasovsky, Valeriya. Her speech was personal and emotional. Mary-Ann Schreurs (Municipality of Eindhoven), Christie Midema (Amnesty International), Ton Kitzen (FNV) also held a speech. Jessica Bartels (Eindhoven city poet) read her poem that she wrote especially for this sad occasion. Poet Leo Mesman read his poem Four Trees which he wrote back in 2008 and which is engraved on the memorial board. Leo Mesman also read his poem Land of my dreams which he wrote back in 2015 and dedicated to Valeriya Krasovskaya.

Following the commemoration, the premiere of the documentary Through Death and Destruction – Impressions from Belarusian police state by Dutch filmmaker Boris Braak took place at Van Abemuseum of Eindhoven.

Both events were organized by Amnesty International, FNV and We Remember.

For more information (in Dutch) please refer to the official web-site of the event: http://www.vierbomen.nl 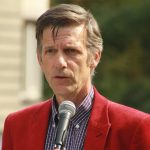 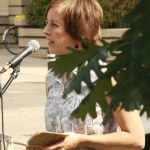 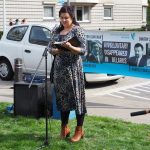 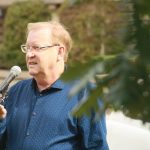 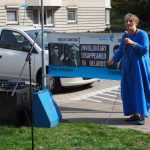 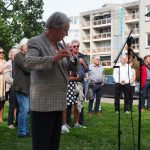 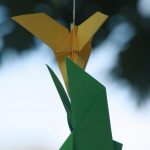 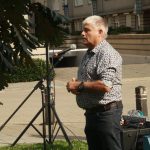 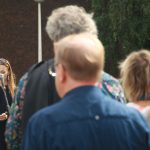